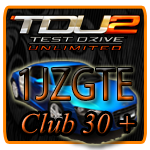 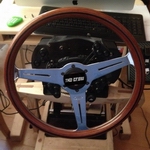 The main idea of this pack is adding new cars at the dealers and fixing bugs at some cars.In this first part of the pack is added 11 brand new vehicles and 1 new bike.Here the list with new vehicules and where are they placed:

1.Subaru BRZ - created by Xaxonin Roman and StarGT, no sound for now (use base sound from the game), - placed at Japan dealer at ibiza

6.Lamborghini Diablo SV - created and improved by NightWolf and StarGT, sound from twinturbo250, placed at Itallian classics at O'ahu

8.Mercedes A45 AMG - Created and improved by StarGT, sound from Phill, placed at Mercedes dealers

Know Bugs:
Some of new gauges is not perfect adjusted to the displayed speed, little missmached indications.
Subaru BRZ - haven't own sound, car paints not worked in the car dealer
Citroen DS4 - base lancia delta s4 sound from the game, not worked body paint at the car dealer


Special thanks to StarGT, Kiborg-Dva, Xarlith, Fussel, Greg69, Reventon09, Nightwolf, Damys, Ruslan92, twinturbo250, Phill, Gramadchukov, binbow and every other modders that make this pack possible. Please forgive me if i miss someone. Special thanks for help from Xarlith with fixing database problem of BMW S1000RR and adding new rim set for Citroen DS4.

Important!!! This pack work only with unpacked game versions.Fully compattible with UP 0.4, and uncompatible with other created packs.

For the instalation you need clean unpacked game with UP.04. For games withougt UP0.4 im not sure what will be happened, is possible to have bugs. Make backups to folders database, frontend, sound and vehicules. Uninstall: delete folders database, frontend, sounds and vehicules and place again your backup folders. Extract files from the archive at the main directory of the game. 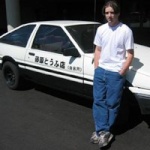